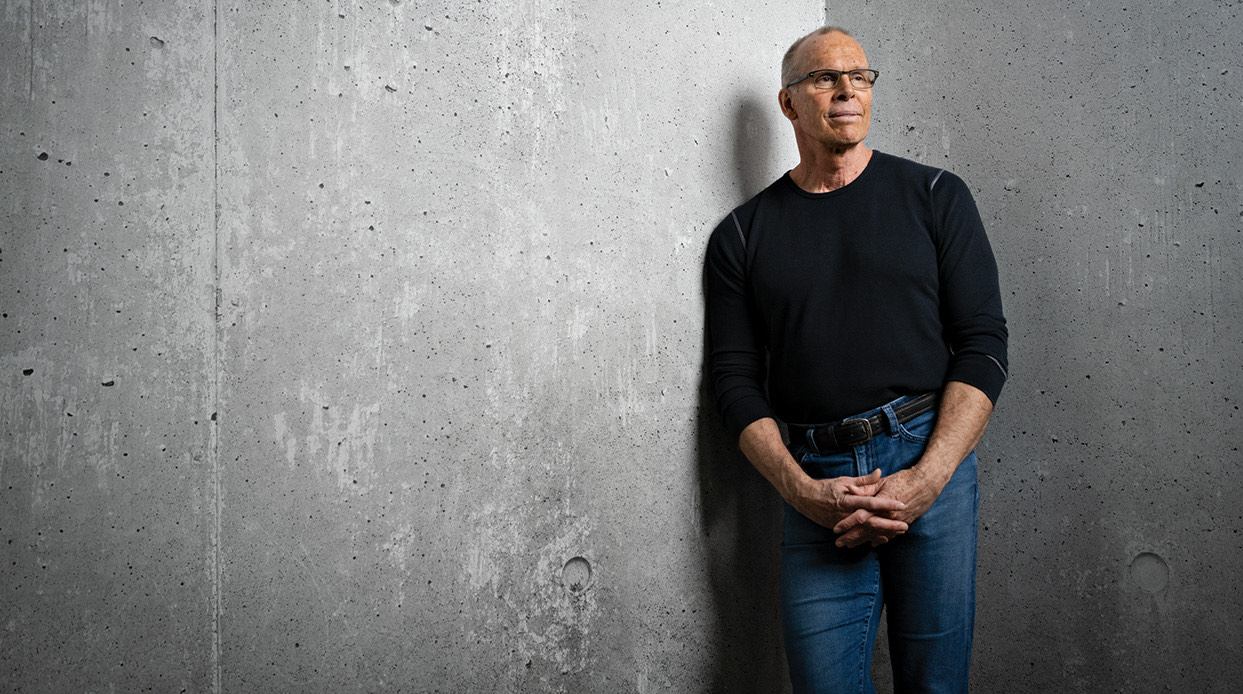 Nearly 12 years ago, Arizona native Peter Moosbrugger had all but lost interest in the reclaimed wood flooring business he’d been running for a decade. “I have always loved the medium of wood, but it just wasn’t doing anything for me anymore in that capacity,” he recalls. “I wanted to pursue my real passion, which has always been furniture design.”

Moosbrugger founded Peter Thomas Designs in 2008, a handcrafted furniture business that has since become a household name for interior designers, architects and entrepreneurs in the Valley and beyond. “Most of my business is building custom one-off pieces for local companies and design professionals,” he notes. “We can fabricate everything from really rustic furnishings to ultramodern styles and everything in between. When we first started, I was working primarily with reclaimed wood because it was so popular in the early aughts. Today, styles have changed, so the majority of my designs use contemporary materials, such as walnut, glass and bronze.”

Like most artists, inspiration strikes Moosbrugger just about anytime, anywhere. “If I’m driving around, I might see a tree with a great organic shape, or maybe it’s the crossbeams on a building,” he says. “I designed a piece called the ‘Manhattan’ that was inspired by a photo of my daughter’s friend who is a professional ballerina. I thought the lines of her body while dancing would translate into a beautiful dining table.” The gleaming bronze base of another creation, called “Cascade,” mimics a flowing waterfall that seems to drip off a walnut tabletop.

But while Moosbrugger’s inspirations are as ever-evolving as the decor du jour, he has managed to carve out a signature style—one he loosely calls modern industrial—that is unmistakably recognizable to keen-eyed aesthetes. “From the start, I had a huge appreciation for Peter’s innovation and passion for dreaming up organic pieces with a fresh interpretation,” explains interior designer and Phoenix Home & Garden Masters of the Southwest award winner Claire Ownby. The two regularly collaborate on residential projects that require custom furnishings and architectural elements that go beyond the norm. “He has a unique ability to bring his years of experience into his recommendations of how to execute our ideas and visions.”

Beyond the residential sphere, Moosbrugger’s creations can be found at some of the most stylish public places in town. “I first heard of Peter when I was looking for someone who could do really detailed furnishings for my restaurants,” says chef and entrepreneur Joey Maggiore, whose local eateries Hash Kitchen and The Sicilian Butcher prominently feature works by Peter Thomas Designs. “I was asking around and kept hearing his name. When I went to meet him and saw what he was working on, it was apparent that everything he does is about quality.

From the start, I had a huge appreciation for Peter’s innovation and passion for dreaming up organic pieces with a fresh interpretation,

“There’s never an ‘I can’t do it’ from Peter,” Maggiore continues. “He has the ability to take what’s in your imagination and actually put it together and make it look spectacular. It’s like night and day from what you might get from other companies—like the difference between a Ford and a Ferrari.”

Though Moosbrugger’s fans openly praise his dedication to craft and quality, the designer is quick to point out that it takes a team of like-minded talents to manage the business. “My focus has always been on the design aspect and coming up with new ways to express my ideas through physical forms,” he notes. “I have great craftsmen in our shop, one with 30 years of experience, who are doing the actual fabrication work.”

Additionally, he credits his daughter, Madisen Meyers, for helping steer his company into new territories. “Madi is the director of business development, which enables me to dive further into new ventures,” he says. “As we continue to grow the brand, she is holding down the fort.”

With a reputation for being able to build nearly anything that other companies can’t or won’t—“We reinvent the wheel 10 to 15 times a week,” he laughs—Moosbrugger continues to explore new techniques, silhouettes, materials and influences. “We’ll keep building custom pieces, but my focus now is to develop our own collection of signature originals. I tend to get bored easily, so I like the newness of trying different things and expanding my abilities all the time.” 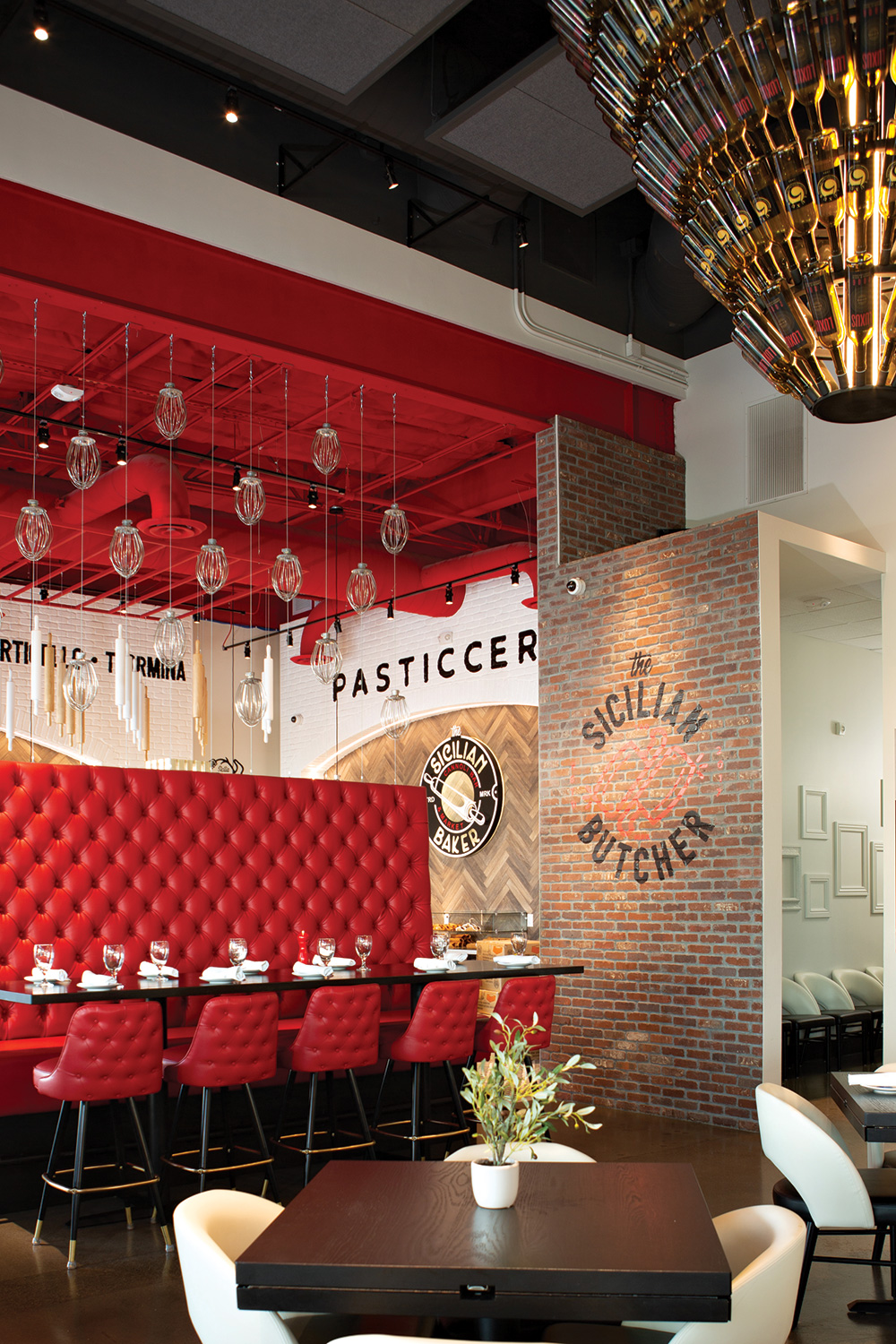 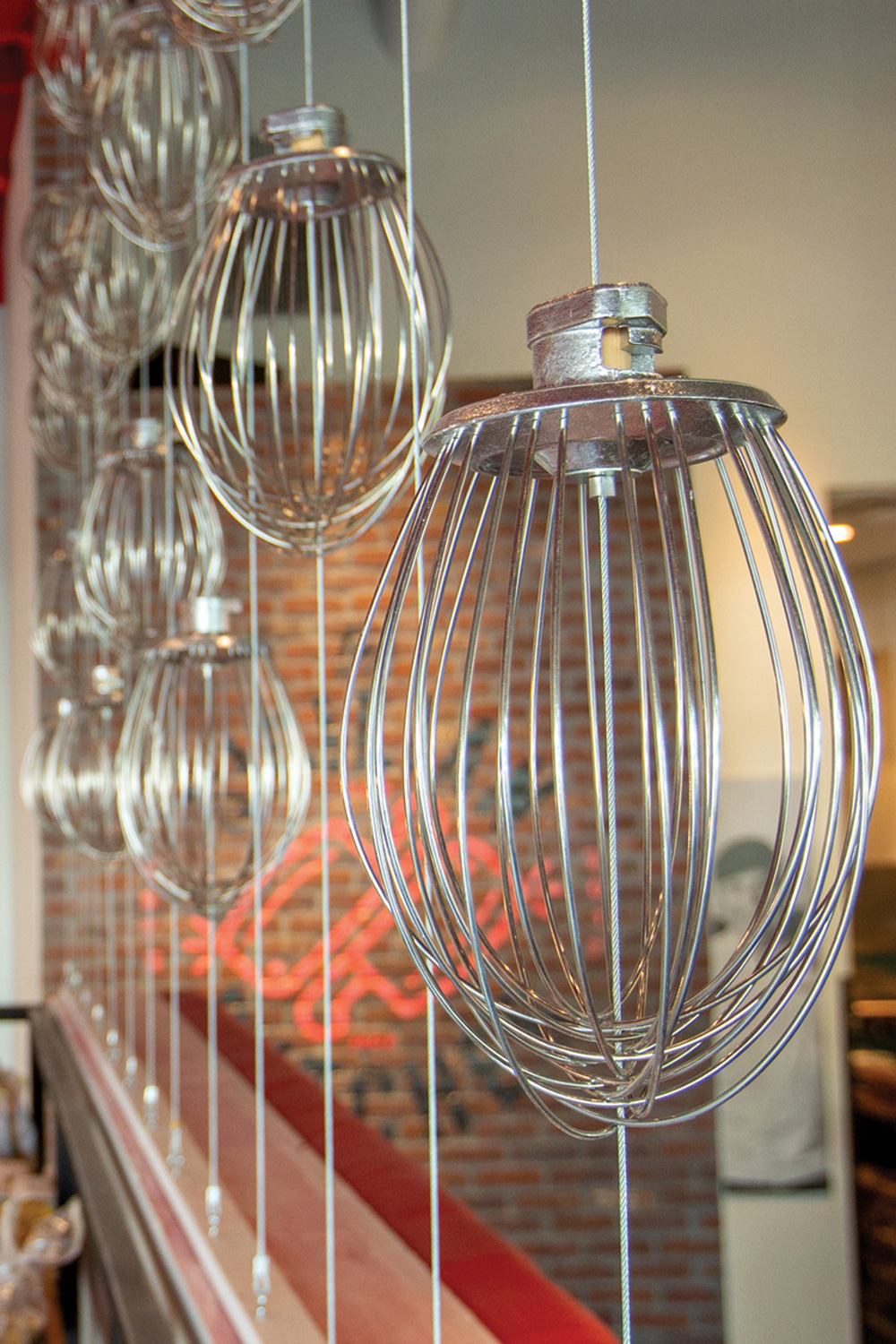 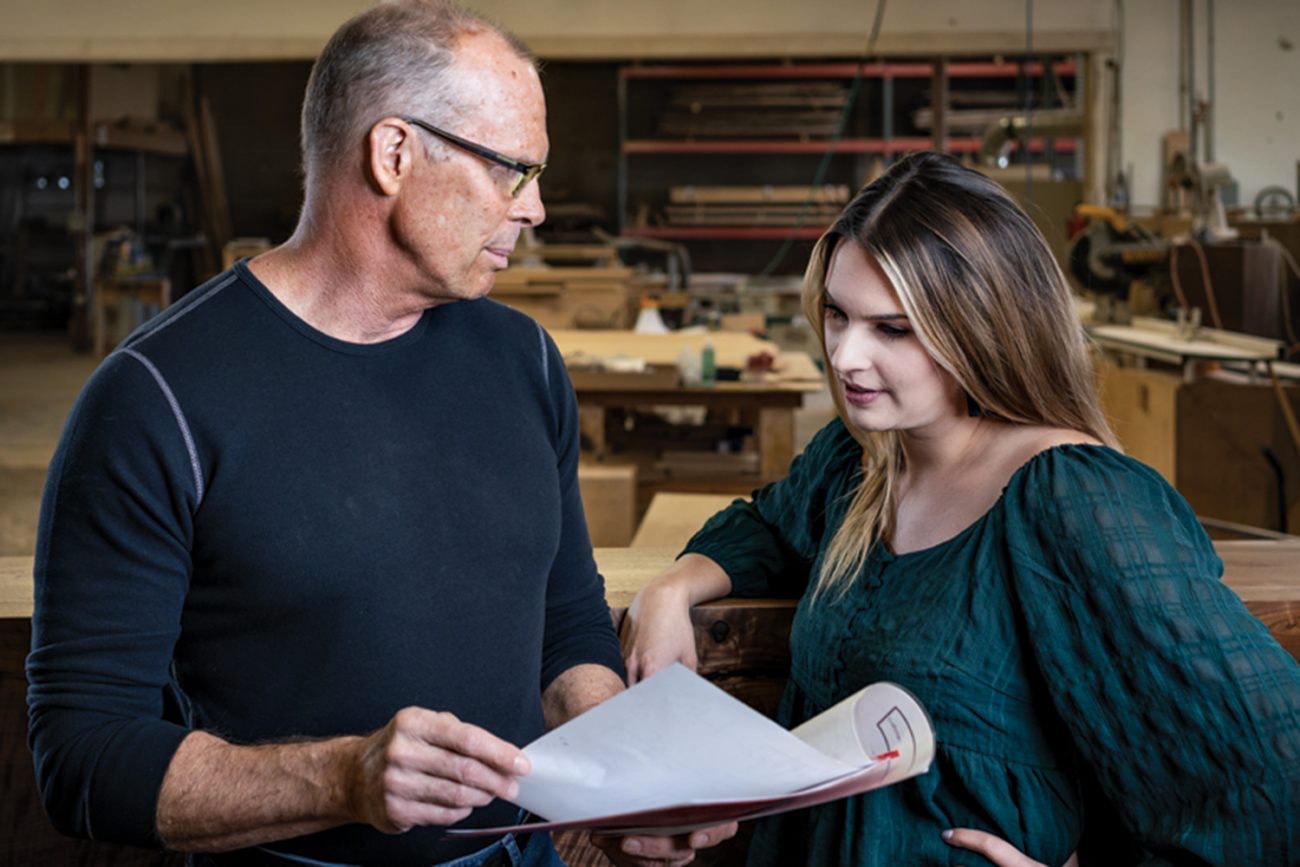 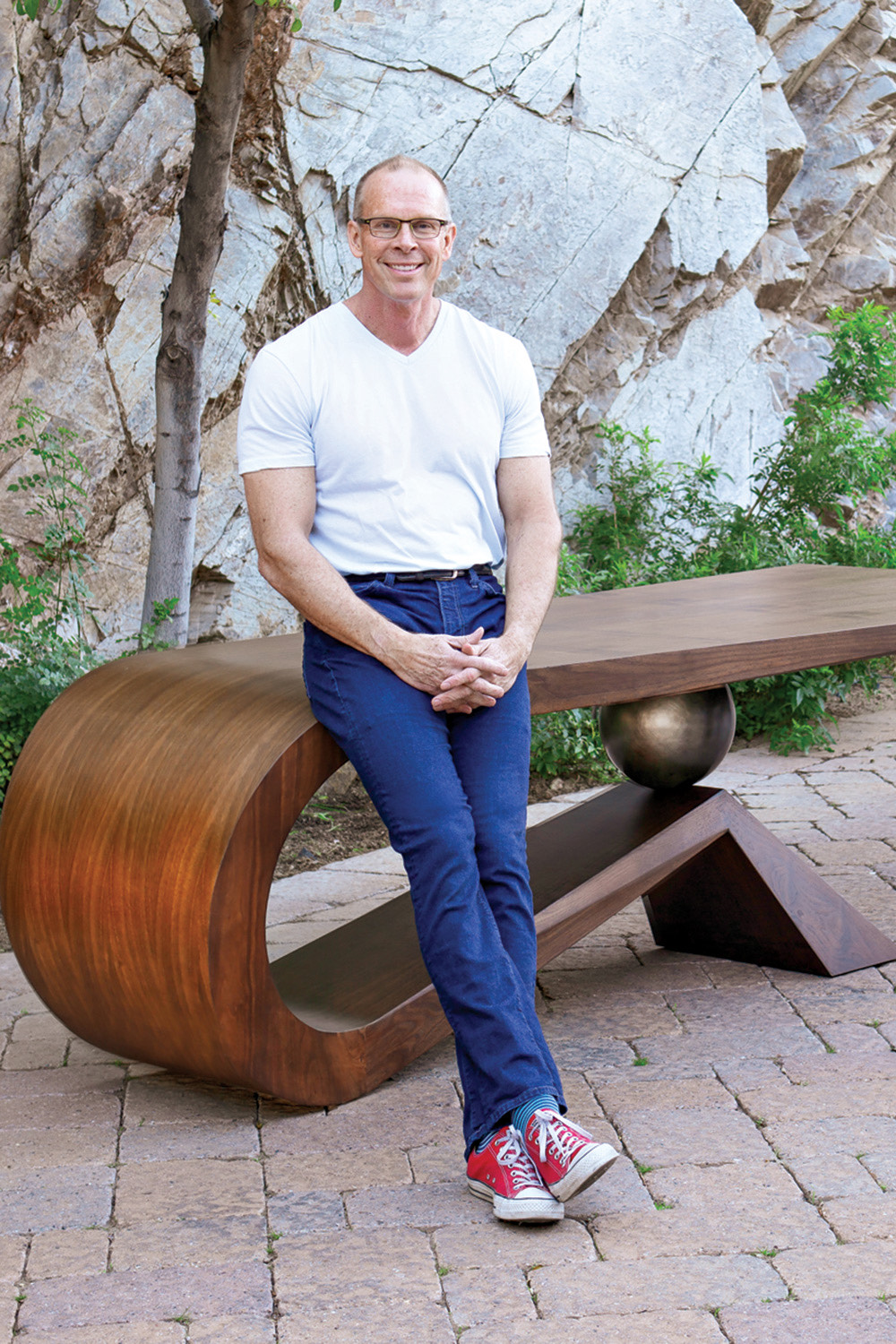 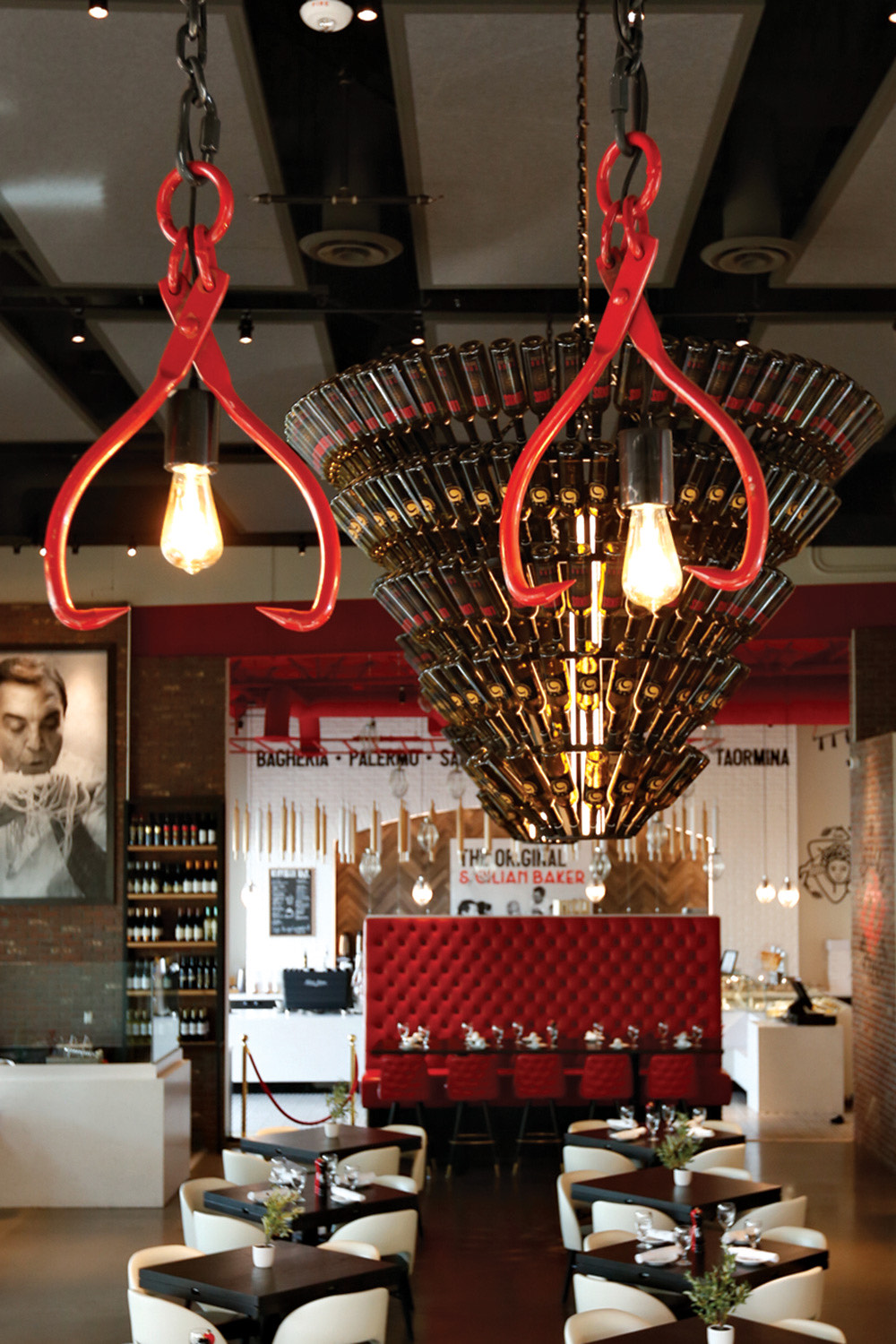 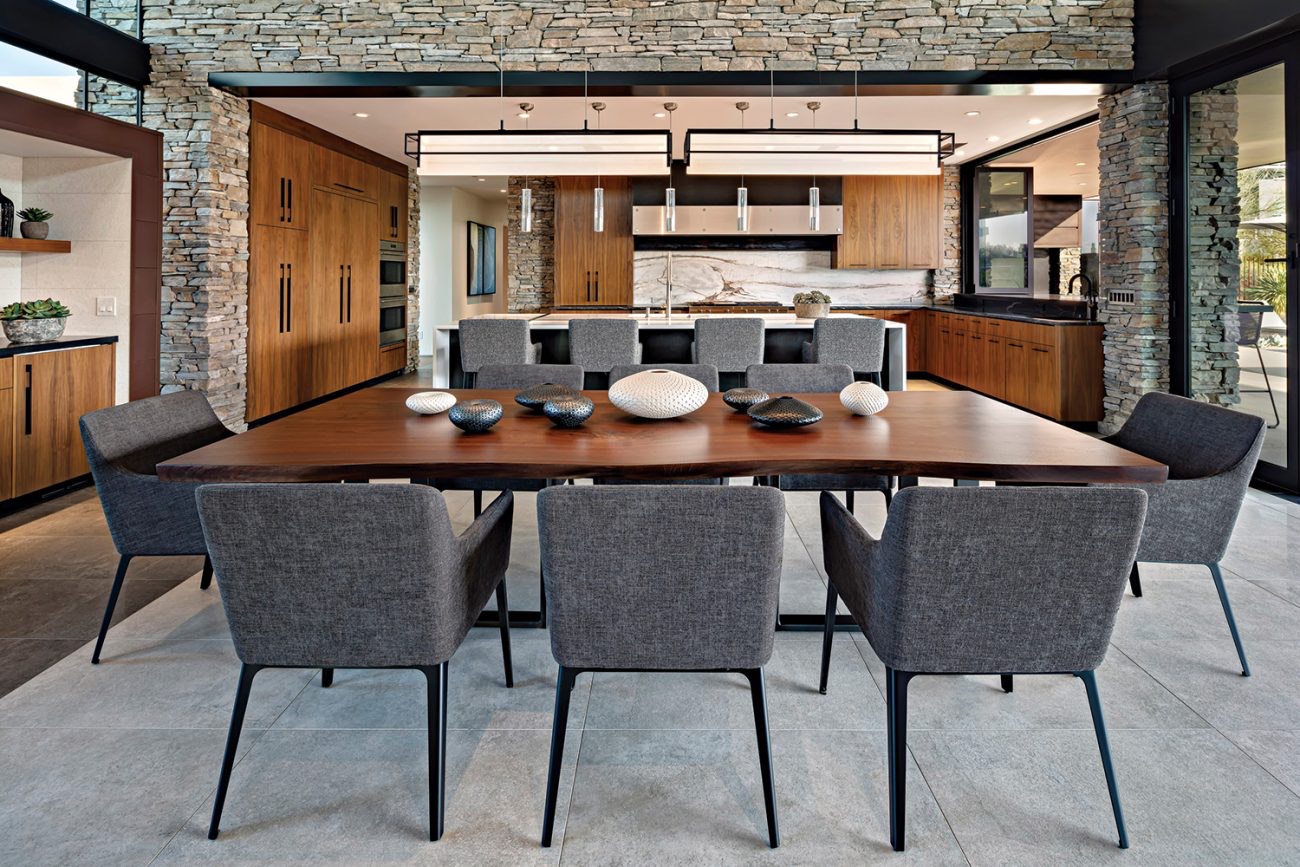 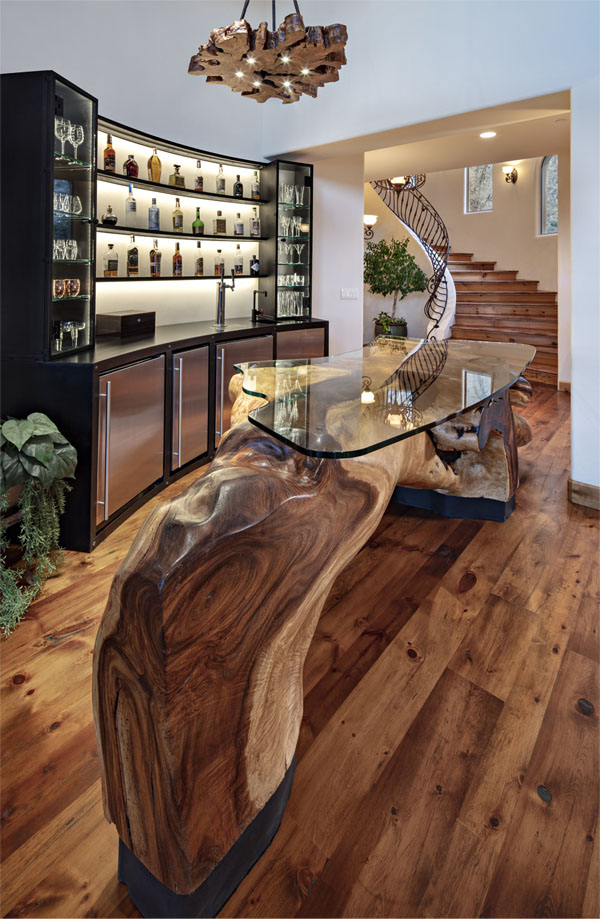